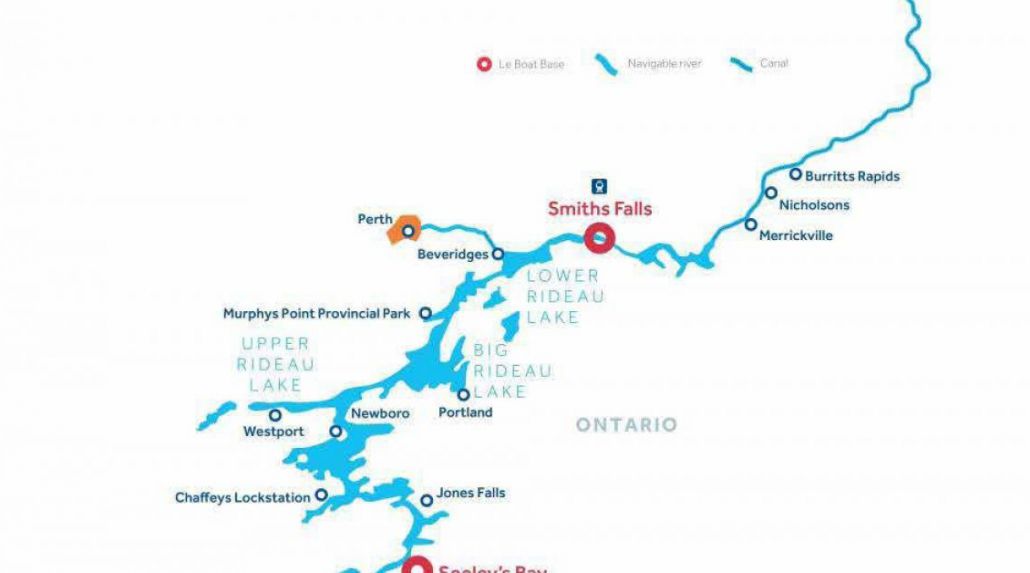 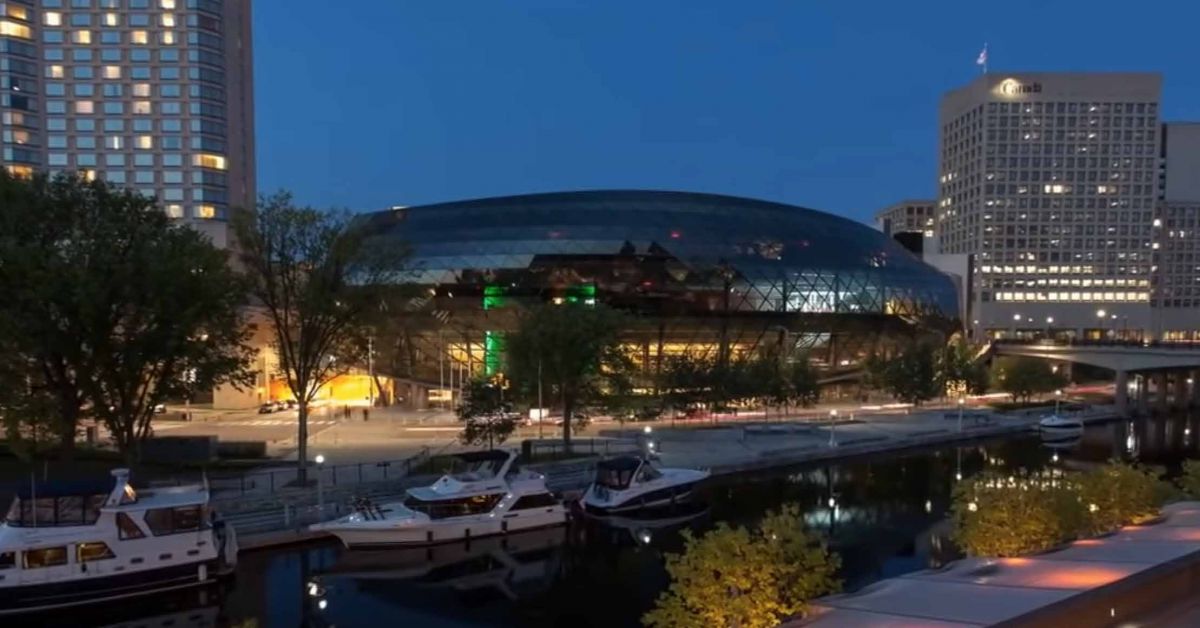 Travel on your own boat!

No permit or experience needed

Inclusions :
• 1 night in double occupancy with breakfast at the Best Western Plus Perth
• 7-night boat rental
• Mooring fees (Please note some marinas are not managed by Parks Canada such as Westport which is a popular stop. You might be required to pay a
mooring fee as Le Boat only has a limited number of prepaid spots for the season)
• Silver Bundle (30 hours fuel time, CDW (reduces excess CDW from $4920 to $1135)
• End of boat rental cleaning fees
• 1 bike per boat
• Applicable HST

Exclusions :
• Transportation to Perth and Smith Falls
• Tips
• Meals, unless specified in the itinerary
• Items of a personal nature
• Fuel deposit of $400 required by Le Boat (returned to your credit card upon return of the boat if the fuel consumption has not exceeded the 30 hours included)
• CDW Excess of $1135 held against your credit card, refunded upon return of the boat with no damages • Electricity supply fees for overnight mooring - If you wish to connect the boat to electricity, a fee could be charged.
• Wastewater pumping - lockmasters will indicate where to dispose of your boats black water and where to fill up the boats water tanks if needed. How often to dispose of black water and refilling with fresh water will vary on
your consumption.

Double Occupancy - Price per person
Departure between April 23 and May 20, 2022 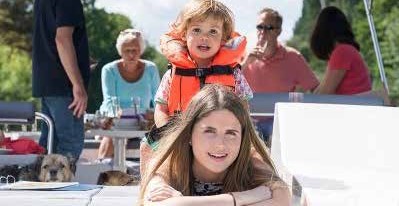 Day 1: Perth
The start of your adventure begins in the charming town of Perth – first settled in 1816. This gorgeous, heritage town is packed to the brim with the most heritage architecture between Toronto and Quebec City. It’s a town that seems like it was built for patio
life and lazy walks through river-crossed parks. But just because a town is sleepy and beautiful doesn’t  mean that it’s not packed full of activities that will fill a day, a weekend or even a week. It’s the heritage of Perth that draws many of the thousands of visitors to Perth every year. The downtown core has an old-world charm rare in Canada outside of destinations such as Quebec City.

Perth was one of just two Ontario cities that was chosen as a heritage restoration project. This ambitious undertaking was responsible for preserving and restoring much of the classic stone buildings and parks of Perth’s downtown core. The town’s center is so well maintained that entering it may feel like you’re stepping back in time. The main stretch along Gore Street features stretches of restaurants with patios overlooking the Tay River. You’ll also find the iconic Perth Town Hall. If you follow Mill St. down towards Stewart Park, you’ll find the gorgeous Code’s Mill. In the main courtyard of this historical wool mill, you’ll find that these buildings’ design and style aren’t just skin deep.
Overnight:  Best Western Perth 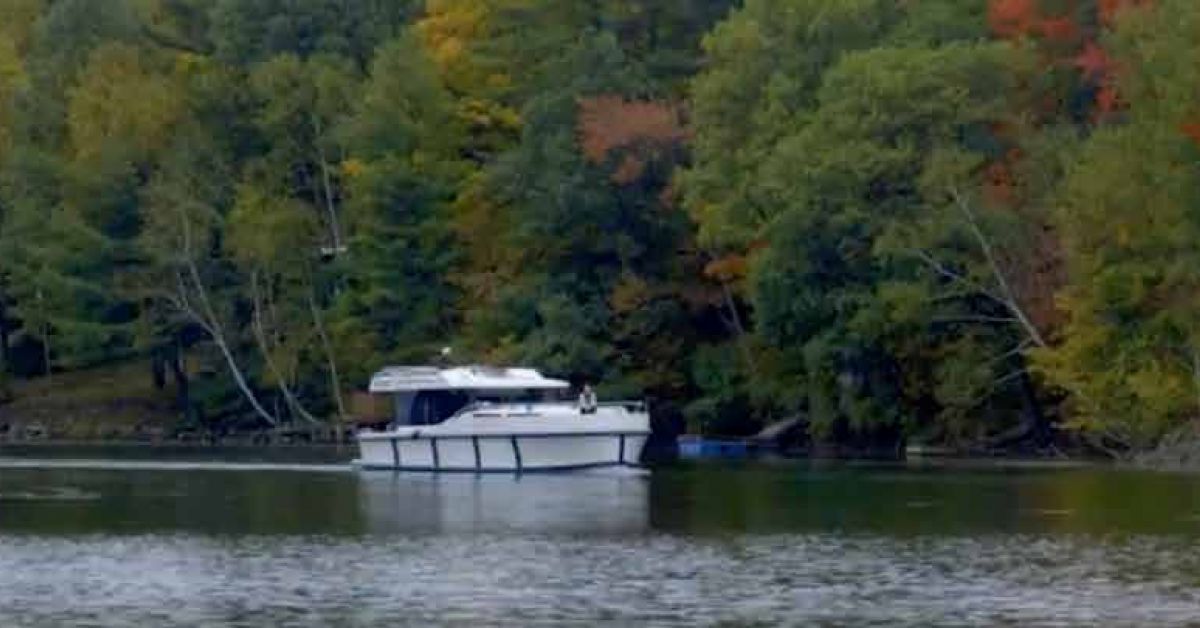 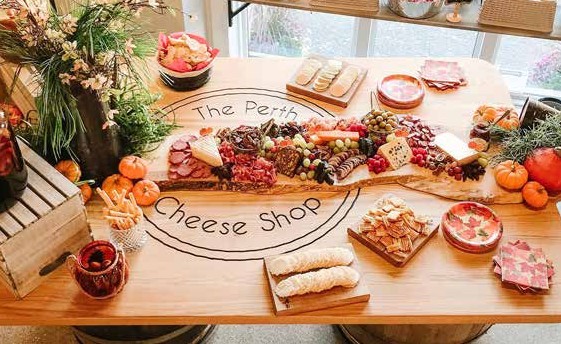 Day 2: Perth - Smith Falls
This morning, you may wish to visit some of the local Perth specialty stores.  For both savory and sweet pies have a look at the Perth Pie Company, if you love cheese and specialty meats - stop at the Perth Cheese Company or maybe the Rideau Candy
Shop to look at their candy and chocolate. For groceries, we suggest stopping in Smith Falls at one of the local supermarkets right before checking in. Boat pick-up time is 4 pm The town of Smiths Falls has a rich history, dating back to the arrival of American refugees who stayed loyal to the British crown after the American Revolution. Among these loyalists was Thomas Smyth, the early mill owner for whom the town was named. Successive waves of immigration followed, as Irish and Scottish workers came to build the historic Rideau Canal, and then stayed in the region to put down roots. The late nineteenth century brought the railways and an economic boom as the population grew rapidly and several important industries established themselves in Smiths Falls. Once you have completed all the relevant paperwork at Le Boat Reception you will be taken to your boat where you will be shown how everything on your boat works from the heating and hot water to the gas oven and kitchen appliances. You will also be given a boat handling demonstration so that you and your crew are able to take the boat out on the water and practice steering and maneuvering under the guidance and supervision of one of Le Boat team.

The Rideau Canal runs between Ottawa and Kingston a distance of approximately 125 miles of which (12 miles) is man-made (locks and canal cuts), the rest are natural waters. A map indicates there are many historical and fascinating cities and villages to see that are situated beside the canal or you can venture inland with a car or bicycle rental. 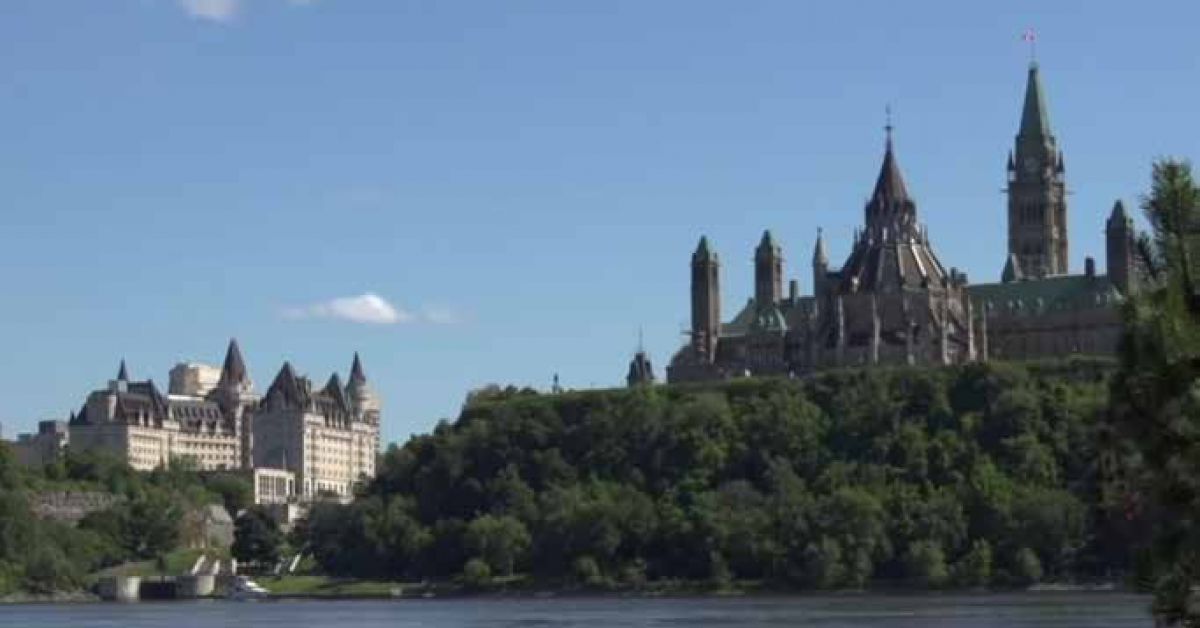 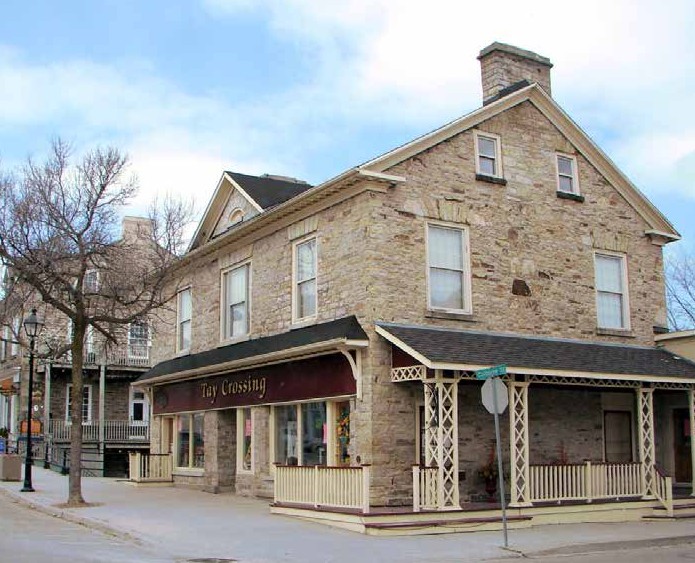 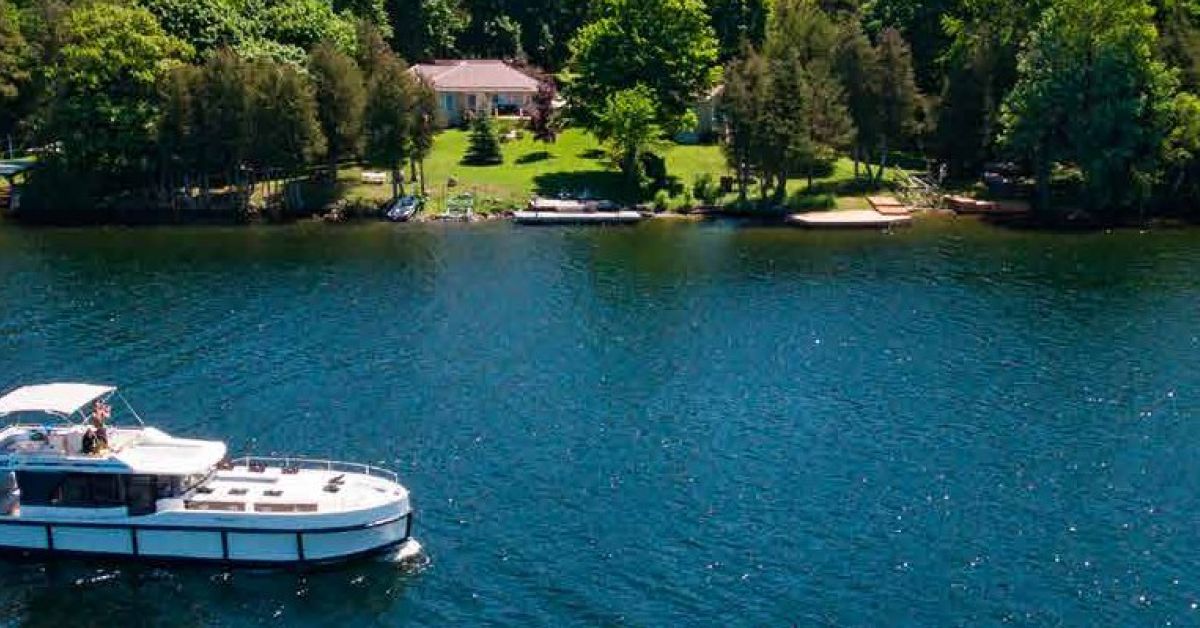 Day 3 to 8 : Exploration du Canal Rideau
For the next 6 nights, you navigate the Rideau Canal at your own pace to discover the wonders of the region.

Day 9: Departure
Return the boat by 9 am unless you have pre-booked a late return. If you wish to leave the boat early in the morning, you should come to the reception office the previous evening before 5 pm so that Le Boat staff can complete the necessary formalities and finalize fuel payments and refunds. 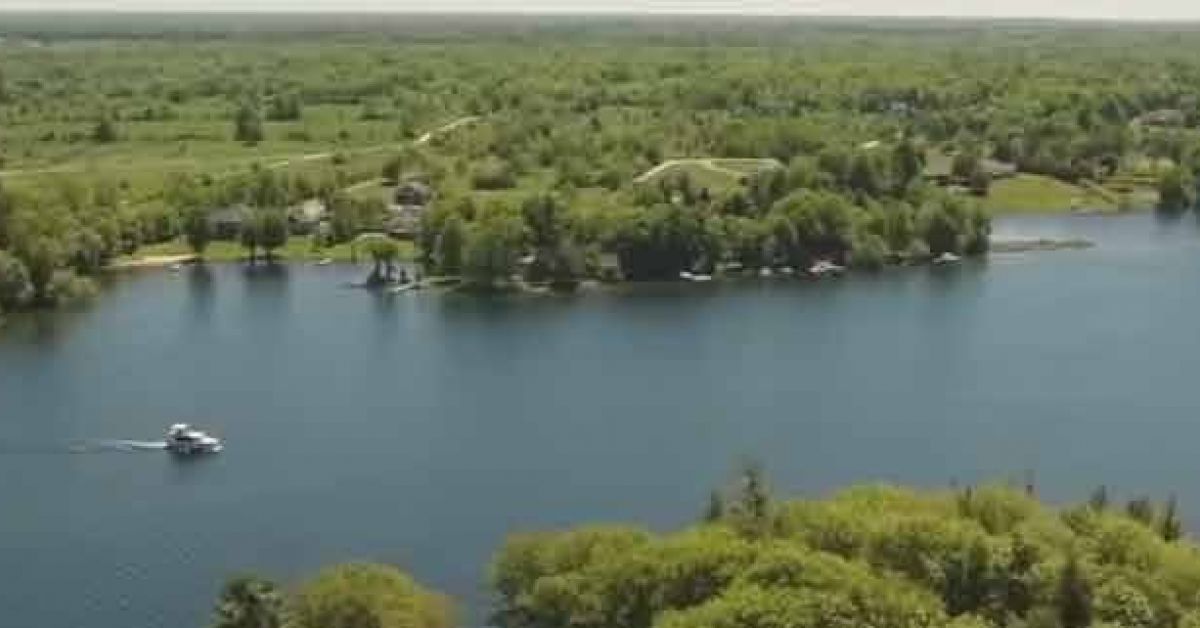 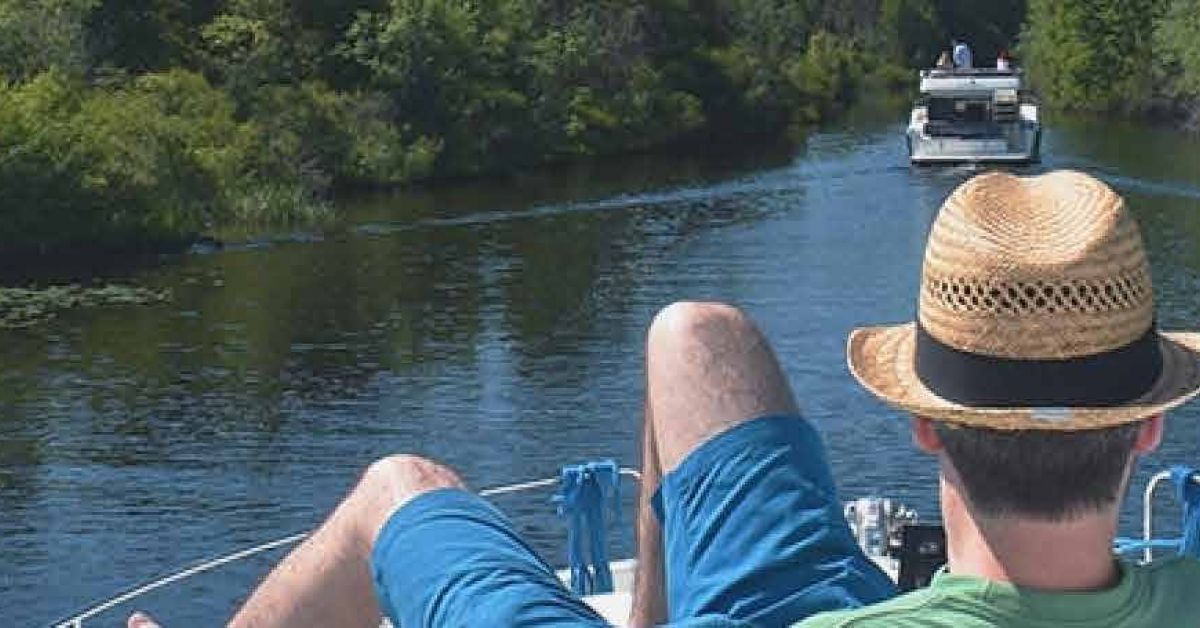 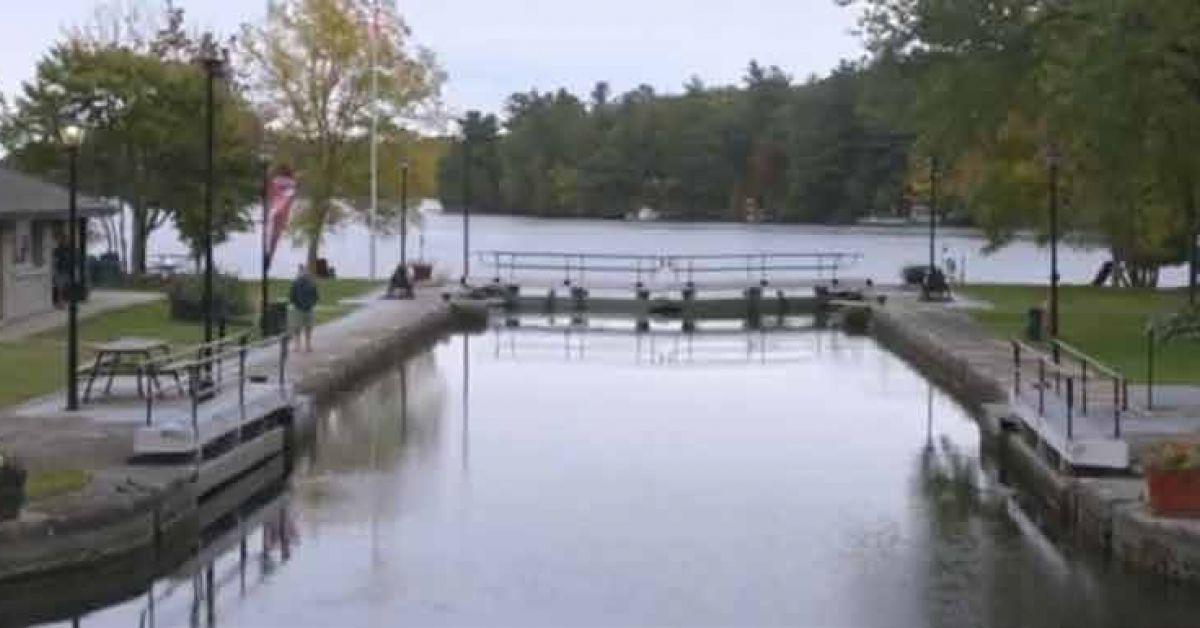 Categories:luxury travel
Terms and Conditions
Deposit Requirements:
20% deposit (non-refundable) at the time of confirmation
Cancellation Policy:
“Go Boating with Confidence” – cancel up to 48 hours prior to departure and receive a Future Travel Credit valid to travel to any destination Le Boat operates, to change the boat size/type and change the travel dates providing that the end/return date is no later than October 29, 2022
Final Payment:
Due 45 days prior to package start date